Keith, Marucho and Mira work on constructing Drago's Battle Gear. However, Keith notices that Mira is distracted. Mira admits that she wishes their father would come around like Keith did, so they could be a family. Keith doubts he will, but offers Mira Gus' robotic bee to contact him. She does so and asks him to change sides, but Professor Clay angrily refuses. Meanwhile, King Zenoheld changes his plan to destroy any living thing that stands in his way. Volt finds this plan goes too far and leaves the Vexos to return home while Mylene wishes him luck. However his home is no longer what it used to be. Volt meets some children who still see him as their hero despite the things he did as a member of the Vexos and even promises to teach them how to brawl. As the children leave, Hydron appears and a battle quickly follows, but Volt easily takes the victory. Hydron is furious and throws the Death Bomb, a grenade that opens a dimensional portal beneath Volt sending him into a far dimension. Volt initially grabs Hydron, and tries to pull him in, but he is unsuccessful. As Volt sinks into the portal, he vows that Hydron will get what's coming to him for all the suffering he's caused innocent people. While JetKor has successfully been completed, King Zenoheld is glad to hear that Volt has been taken care of. Zenoheld warns the others that they will suffer the same fate if they cross him.

Volt activates the ability Odin Shield to block and nullify all of Hydron's abilities. (Dryoid: 1600 - 700 Gs)

Volt wins this round

Hydron activates the ability Murasame Blade which is rendered useless against the Custom Battle Ability.

Hydron then activates the ability Ray Blade, which did not help either.

Hydron then follows with the ability Knuckle Vulcan, still useless.

Boriates blasts right through Dryoid's shield and wipes him out. 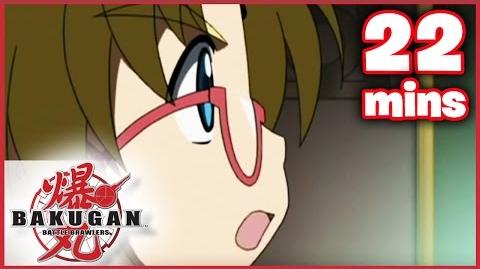 Retrieved from "https://bakugan.fandom.com/wiki/Volt%27s_Revolt?oldid=762248"
Community content is available under CC-BY-SA unless otherwise noted.