Duel in the Dunes

Voices in the Night is the thirteenth episode of Bakugan: New Vestroia. It aired on August 1, 2009.

Mira Fermin and Baron Leltoy help out at Runo Misaki's family's cafe, while Ace Grit, Shun Kazami and Marucho Marukura head to Beta City to shut down the Dimension Controller, which has grown stronger due to Drago (and the Perfect Core's) absence. Hydron sends Mylene Farrow to deal with the Resistance in Spectra's absence and states to himself that when he returns, Spectra Phantom will find that the Vexos have a new leader.

Later at night, Ace, Shun, and Marucho hear the voices of Mira Fermin and Dan Kuso and head out into the night, but it turns out that Shadow Prove is the one making the fake voices. By the time Shun realizes it's a trap, Marucho, and Ace fall for it and wakes up in another place and finds Mylene realizing that he has fallen, for a trap. Ace begins struggling to defeat Mylene and her new attribute changing Bakugan, Aquos Elico.

In a flashback, it is revealed that Ace is rumored to be a top brawler, possibly stronger than the Vexos, but refuses to enter the tournaments. Mira confronts him and asks him to join her team. After he lost to her, she gave him Darkus Percival and he learned the truth about Bakugan.

Meanwhile, in Ace's battle with Mylene Farrow, Ace becomes submerged in water and loses to Mylene. He does not arise and is lost in the flood.

Mylene activates the ability Gaia Luze to bring all Bakugan to their base levels and prevent Ace from activating any abilities (Elico: 200 - 500 Gs ~ Percival: 750 - 450 Gs). 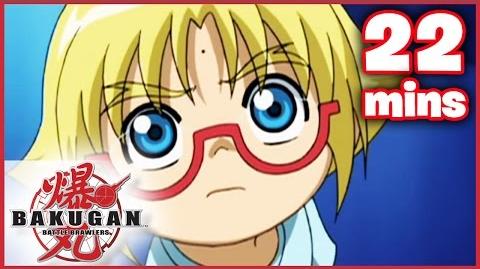 Retrieved from "https://bakugan.fandom.com/wiki/Voices_in_the_Night?oldid=763699"
Community content is available under CC-BY-SA unless otherwise noted.