Virtual Insanity is the 37th episode of Bakugan: New Vestroia. It aired on January 30, 2010.

Billy and Cycloid return to visit Julie, only to find that she is at Marucho's house. On his way there, he is unknowingly followed by Mylene and Shadow. Meanwhile, Julie begins showing signs of interest in Ace, after spying on him and Dan working out. After insisting she feels nothing for Billy anymore, Julie practically leaps into his arms when he arrives seconds later, and introduces him to Mira, Ace and Baron. Billy is apparently caught up with everything that is happening after running into Klaus a while back and receiving a Gauntlet from him. Not long after, Marucho's preparations for a virtual battle chamber called Bakugan Interspace are complete. The system allows anyone from all over the world to play Bakugan like a game, by logging on to the web. Everyone is eager to test out the machine, except for Shun, saying he has something important to take care of. Everyone draws straws to determine who goes first, and Ace and Billy are chosen. Mira and Runo accidentally reveal Julie's crush on Ace to Billy and Ace, not wanting to come between the two, offers to take them both on, which they accept. As the battle rages on, Julie notices that Billy has become much stronger than before after easily defeating Percival. However, Ace easily counters back with the help of his newly evolved Bakugan Trap Flash Falcon Fly. Meanwhile, Shun checks the security tapes and notices Shadow and Mylene following Billy to Marucho's house. Despite their advantage in numbers, Billy and Julie fall to Ace. After the battle, Shun urges them to return and shows them the picture of Mylene and Shadow from the security footage. Now knowing that the Vexos know where they are, they can no longer hide and wait.

Cycloid gets knocked out

Ace win this round

(Rest of this Round was not shown but Knight Percival wins)

Ace wins this round

Hammer Gorem and Cycloid get knocked out 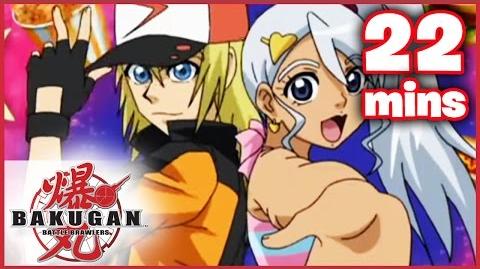 Retrieved from "https://bakugan.fandom.com/wiki/Virtual_Insanity?oldid=763567"
Community content is available under CC-BY-SA unless otherwise noted.