Hey there Bakugan fans. Jonathan from IMissBionix posted a screenshot from the new series on Twitter: https://twitter.com/IMissBionix/status/1050705136861863937 As Jonathan already noted in his tweet it is unlikely to be animated in North America as it retains the anime-style of the original series rather than being a western production. 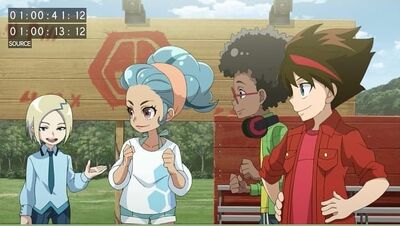 Retrieved from "https://bakugan.fandom.com/wiki/User_blog:Moviejunkie2009/First_screenshot_of_Bakugan_Battle_Planet?oldid=695971"
Community content is available under CC-BY-SA unless otherwise noted.