Turtonium (タートニウム, Tātoniumu?) is a tortoise-like Bakugan that appears in Bakugan Battle Planet. He is one of Wynton Styles' new Ventus Bakugan.

Wise & strategic, this turtle-like Bakugan is a thinker & philosopher-warrior. He is an excellent strategist & acts as Wynton’s secret weapon in terms of planning battles & executing attacks. Not much of a fighter himself, Turtonium prefers to act as support, healing others, & helping his friends succeed.

Turtonium is owned by Wynton Styles.

Turtanium is rarely seen in Armored Alliance but is seen in the episode where the miniature size Bakugan are fighting other what to watch on the TV. 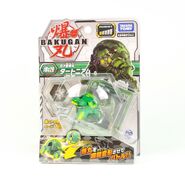 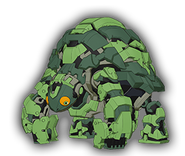