Mira, Dan, and Marucho, head to Vestal to meet Klaus, Baron and Ace at Klaus' Mansion. It is there, where Volt comes to retrieve the Pyrus Energy, after being humiliated by Hydron. Volt and Dan are about to battle, when Spectra and Gus appear out of nowhere. Gus attacks Volt psychologically by saying he stole Brontes' soul as shown in the beginning of the episode when he forces Brontes, Elico and Vulcan to evolve using the Forbidden Card Chaos Ability X. Volt backs away to let Spectra brawl Dan and Drago. Mira with Wilda, Marucho and Elfin join in the 3 to 1 brawl to help Dan. Helios MK2's incredible power is able to defeat Wilda and Elfin, but not Drago. Dan and Spectra then proceed to use their Maxus formations. Despite his friends being defeated, Dan manages to beat Spectra using the power Drago received from Apollonir, despite Helios' upgrades. However, before Spectra leaves with Gus, he warns Dan that they will meet again. 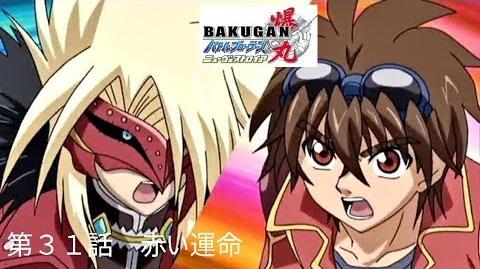