Skorporos is a scorpion-like Bakugan that appears in Bakugan Battle Planet. Various users of this Bakugan were used by the Rowdy Reds, Strata the Hunter, Kurin, and Chester.

With steadfast determination, Skorporos loves to snap at things with his sharp, massive claws. Point him in a direction and let him go! If he doesn’t grab you with his claws, he’ll likely attack you with his poisonous tail stinger. He’s antsy and doesn't talk much. Oddly, he’s very receptive to taking direction. 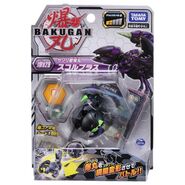 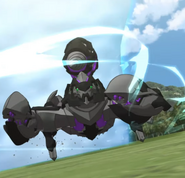 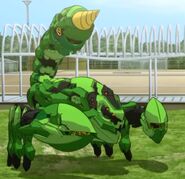