Sharktar is a shark-like Bakugan and the new Guardian Bakugan of Shun Kazami in Bakugan: Geogan Rising.

Sharktar is a tough and aggressive, with the personality of a Marine Drill Sergeant. This proves to be a problem being paired with the well-mannered, soft-spoken Shun. It becomes even a bigger problem when Sharktar gets to battle where he is best suited, in water. Sharktar feels Shun needs to “toughen up”. Eventually Shun steps up taking on a leadership style that works well for his new Aquos Bakugan.

Sharktar makes is full debut in the episode The Bakugan of Junk Island. 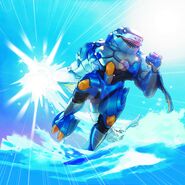 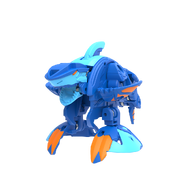 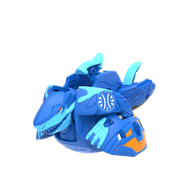