Maxotaur (マクソタウルス, Makusotaurusu?) is a minotaur-like Bakugan that appears in Bakugan Battle Planet. He is the Guardian Bakugan of China Riot.

Maxotaur doesn't express emotions & speaks in a low grumbling almost inaudible tone. He charges his opponents like the wild beast that he is. He willingly takes orders from China Riot, as it fits his mentality of “do now, ask questions later,” if you even bother with questions at all. Though painfully sharp, his horns are this bakugan's weak spot 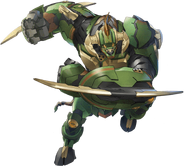 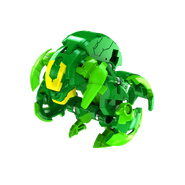