Lupitheon (ルピテオン, Rupiteon?) is a werewolf-like Bakugan that appears in Bakugan Battle Planet & one of Wynton Styles' new Ventus Bakugan.

Lupitheon is a Ventus wolf who fights with the tenacity and agility that one would expect from such a creature. When the moon is out, his strength increases and he often becomes so wild that his partner Wynton finds him difficult to manage. To compensate, Lupitheon is a fiercely loyal and gentle Bakugan most of the time, feeling bad that his demeanor changes along with the light of the moon.

In Mister Moon, Lupitheon is discovered by Wynton on his birthday. When the moon comes out in the sky, Lupitheon's power is boosted up. 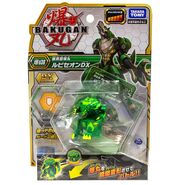 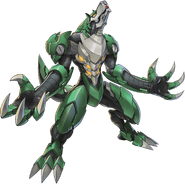 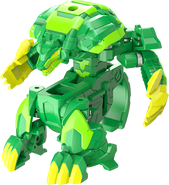