Now that Dan and Marucho are part of the Resistance, they gear up, and get ready to fight back against the Vexos, first by heading for Alpha City and the Dimension Controller there, (one of the machines trapping Bakugan in their ball form) to take it down. To get themselves ready, Dan offers to train Baron, who gladly agrees and can't wait for the lessons to begin, but is afraid what will happen when Dan finds out that he was the one who lost Tigrerra to Spectra. After Lync and Volt were defeated, Spectra Phantom sends out Mylene and Shadow Prove to ensure that the Resistance are taken care of. The next day, in the middle of his training, Baron reveals he is discouraged after losing Tigrerra to Spectra in a battle, and says he isn't worthy of these lessons. Just then, Mylene and Shadow crash land and Shadow is forced by Mylene to battle Baron. Baron is discouraged and is afraid of losing Nemus the way he lost Tigrerra. Meanwhile, Drago talks to Nemus about how he and Baron should decide everything together and that he has a part in his Brawler relationship. But on the brink of losing Nemus for good, Baron pulls through thanks to Nemus' encouragement and wins back three of Shadow's Bakugan. 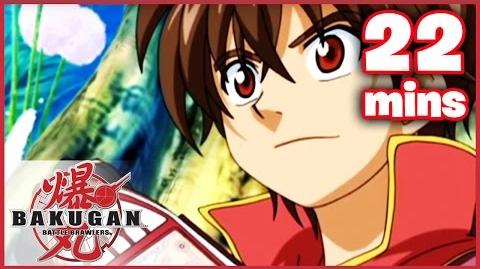