Shun and Ace have made it to the finals, and they prepare to battle Lync and Volt. They were brawling with Altair, and Volt's new Bakugan, Mega Brontes. Meanwhile, Dan and the others head to the Dimension Controller, but lose Marucho on the way. Things only get worse when they discover other talking Bakugan. They are then are captured by guards who are marveled by the speaking Drago. Just then, Marucho drops in and saves them. Things get worse for Shun and Ace when Lync combines his Ventus Altair with Ventus Bakugan Trap Wired to form Meta Altair, and their Bakugan Traps Hylash and Falcon Fly seem to have no effect against the combo. Shun and Ace discover Altair's weakness: it cannot sense multiple opponents and they manage to defeat Meta Altair. While the others hold off the guards, Dan makes his way to the controller, finding that it is guarded by lasers. He throws Drago through the lasers and he hits the reverse switch, destroying the controller just as Shun and Ace defeat Lync and Volt. The newly freed Bakugan rise up from the ground and everyone in the stadium learn the truth about the Bakugan.

Ace throws out his Gate Card and Percival. (Power: 450 Gs)

Some of the Brawl is skipped.

Lync & Volt win this round.

Most of the Brawl is skipped.

Most of the Brawl is skipped. 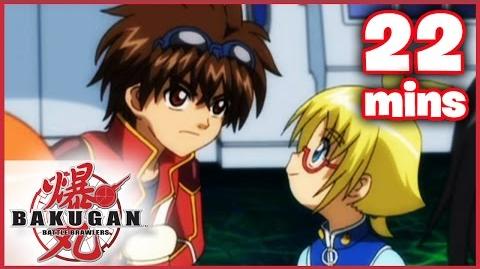 Retrieved from "https://bakugan.fandom.com/wiki/Freedom_Run?oldid=762211"
Community content is available under CC-BY-SA unless otherwise noted.