Dan is upset and depressed about losing Drago, but tries to move on, and think of ways to get him back: starting with all out intensive training. Meanwhile, on New Vestroia, Mylene wants to close the portal to keep Dan and the others on Earth, but Prince Hydron orders her not to so, as to allow Spectra and Gus time to return, which angers Mylene who greatly enjoys her new power. Apollonir states that they must retrieve Drago, as the Perfect Core is losing power and the other two Dimension Controllers are growing stronger. While training, Dan faints and develops a fever. He runs out into the park calling out to Drago lamenting over how he lost Drago. All of a sudden, Apollonir shows up to retrieve Drago, but Dan regrets to inform him that he lost Drago. Apollonir is disappointed that Dan has given up so easily, and suggests that Drago is also upset at himself for losing the battle and letting Dan down. Dan wakes up with his fever broken to find that Apollonir has crossed over to Earth. Apollonir, linked to the Perfect Core like Drago is easily able to find Spectra and teleports everyone there. Dan demanded a rematch. Phantom accepts this to test Drago's power, but brings out Helios to test if Apollonir is worthy of fighting Vexos Dragonoid. Apollonir lectures Spectra on true Bakugan spirit, but Spectra believes that power is the only way to win and brings out his Bakugan Trap Metalfencer. However, Apollonir easily takes them both down in one hit. And finally he sends out Drago, but Dan is shocked to see his friend has been altered both in appearance and mind, all because it became evil obeying the orders of Spectra.

Dan activates Saiam Low to reduce the Power Level of Helios to 0 unless Spectra increases the G-Power. 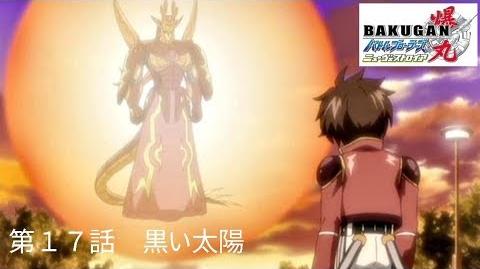