Cyndeous (シンデウス, Shindeusu?) is a knight-like Bakugan that appears in Bakugan Battle Planet. He is one of Dan Kouzo's new Pyrus Bakugan, formerly owned by Marco Chezanello. and Haos Cyndeous is owned by Jenny Hackett and Wagner.

Cyndeous writes his own rules. He is stoic & fierce. He's not afraid to challenge his partner when he believes in a different strategy or it goes against his values. He likes to play pranks and provoke, and believe he is the best looking Bakugan of all time! Aligning with Dan and company slowly helps Cyndeous realize that he can trust his instincts and be the masterful warrior he believes himself to be.

Cyndeous is owned by Dan Kouzo. He was formerly owned by Marco Chezanello, but due to Marco's battle style and his antagonistical behavior towards him caused Cyndeous to turn his back on his former master and surrendered the Battle against the Awesome Ones. He looked towards Dan for help in becoming a better Bakugan, and became Dan's Second Bakugan owned in the show by Episode 5. He is rarely ever used in brawls in the first half of Season 1. 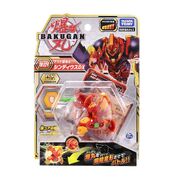 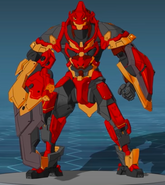 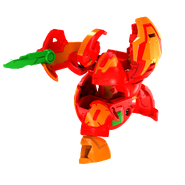 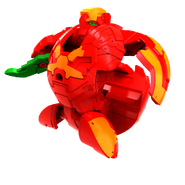 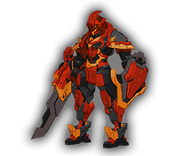 Cyndeous has returned to himself 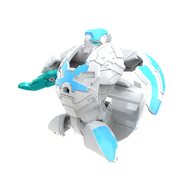 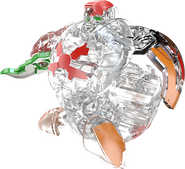