The most adorable of all the Bakugan (also the most obnoxious). Cubbo is a fierce personality trapped in a super-cute Bakugan shell. This Haos Bakugan is a natural fit for the Haos Awesome Brawler, Lia. She saw past his prickly temperament and recognized his potential. He prefers to avoid major battles, but once engaged, he uses unorthodox abilities to compensate for his size.

Cubbo first appears in Honey Struck in closed ball form in Lia's hair. The AO discover that Cubbo was one of the Bakugan trapped by Strata the Hunter in The Maze, and he secretly hid himself in Lia's hair to hitchhike. Cubbo reveals himself to the AO and shows his Bakugan Form, which surprises the AO because Cubbo is smaller than all of them, including Shun. Cubbo appears as a mischievious Bakugan, eating chips and sitting on the couch, while also crying to the Rowdy Reds that he needs a partner, but twisting his statement by telling them to throw away their "scary" Bakugan.

The Awesome Ones later test Cubbo's strength in battle, but despite his size - his attacks manage to work on their Bakugan. Lia ends the battle and hugs Cubbo, realizing that he just needed a partner, Cubbo turns into ball form and joins Lia as her third partner Bakugan.

Cubbo's toy is currently yet to be released. The design for Cubbo's Core ball form was revealed at a toy fair in the attributes of Haos and Diamond. 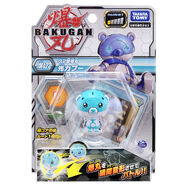 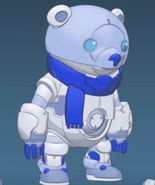 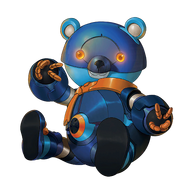 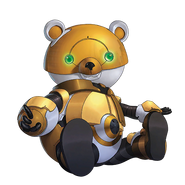