This is the general discussion page for the wiki! New founders should leave a nice welcome message and encourage new visitors and editors to leave a note to get the conversation started.

Things are all messed up in this wiki- this includes some renaming of pages. A quick overview of the setup I want:

Note that it isn't as simple as it seems, e.g. we have to update all links throughout the wiki to point to the correct article.

For the categories: (I haven't checked yet if they're already in the right place)

These three categories will be "top-level" under Category:Content.

Lacking information on the hybrids, we also need more of the original Japanese version of the minor Bakugan's names.

Hello if any Admins are reading this I would like your permition to allow creation for a page concerning an upcomming parody series of the Bakugan: Battle Brawlers . The series will be caled Board Games Abridged and will be a comedy/parody following the story of and poking fun at the real series (and this wiki if you dont mind). If you would like an Idea of what to expect from our series you may concider watching an episode of Yu-Gi-Oh! The Abridged Series on Youtube.

To Contact me leave A message on this Wikia Acount or Ask us a Question at the official youtube channel:

Or on My channel

There are some pages on this wikia that I would like to imrpove by editing, but they are locked. Can someone help?

Hi, I am very new to this site. I am a computer dinosaur. Most of what is happening here goes over my head. My workload will not permit me to spend hours and hours getting familiar with the ins and outs of operating on these pages.

I am a publicist who represents some clients who do English voice work. I have a client, Andrew Jackson, who provides the character voices for a number of the Bakugan individuals. The other day I added some characters and prompletely had some of them removed with no explanation. I have asked for an explanation but have received no answer. I am now asking the entire group do you want Andrew Jackson's voice credits added or not? If yes where?

I had taken Wolfurio and used it as an example of data that I could supply. I had posted in the trivia section that Andrew Jackson was the voice of Wolfurio. I was informed that the posting was rejected but to repost in info. section. I posted that AJ was the voice, I supplied a photo of AJ and a link to his website which would allow members to learn more about him. Website: http://wanstrom.com/andrew-jackson/

I sent a message to the editor who I was dealing with Was this acceptable?. All my postings were eliminated with no explanation. Then Andrew's credits were reduced.

My question is do want any of this information? If yes, how much of it. Where do you want it posted? Don't you want all of Andrew Jackson's Bakugan credits posted?

On Monday Andrew Jackson will be providing the voices of Dylan, Zenthon, Wolfurio and Zenthon Titan for the episode of "Behind The Mask" as per the script supplied to him.

I would appreciate some FRIENDLY replies and suggestions.

One question: is he OFFICIALLY the voice actor? We don't have any proof that he is/is going to be the voice actors for the said characters. --Queenie! "His logic is flawless! Wouldn't you agree, Talking Cheese?" 22:53, June 1, 2011 (UTC)

Andrew Jackson has been credited in doing over 34 episodes this last two years. What proof are you looking for? I guess you could quiry Nelvana.

There are a number of sites that give him credit for these roles. Check them out. 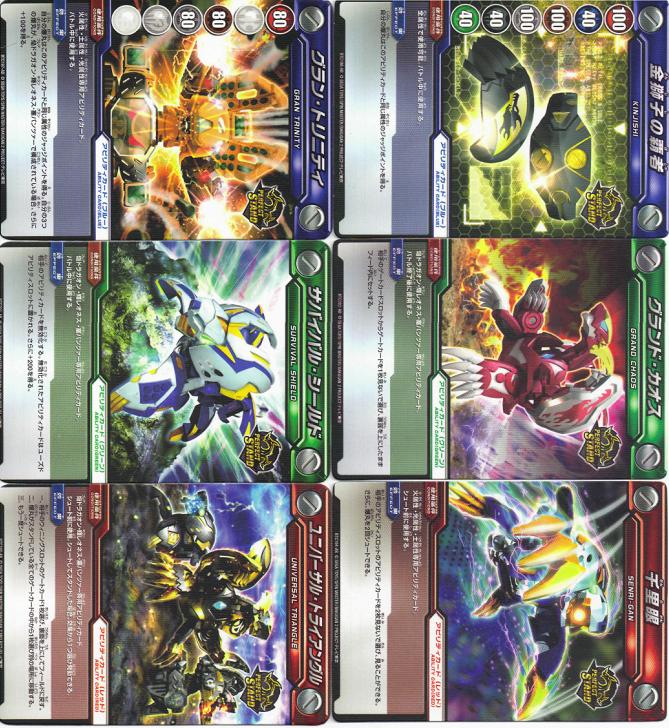 I can do that.

1. Choose one of the Gate Card from opponent's used Gate Card and set it.

2. Move one of the Gate Card with Bakugan standing on.

Thankyou sooooo much Rhivana for translating the last set of cards that was a great help. Could you or someone else possibly translate these aswell please. Thanks :) 4404Flare (talk) 13:16, June 9, 2011 (UTC) 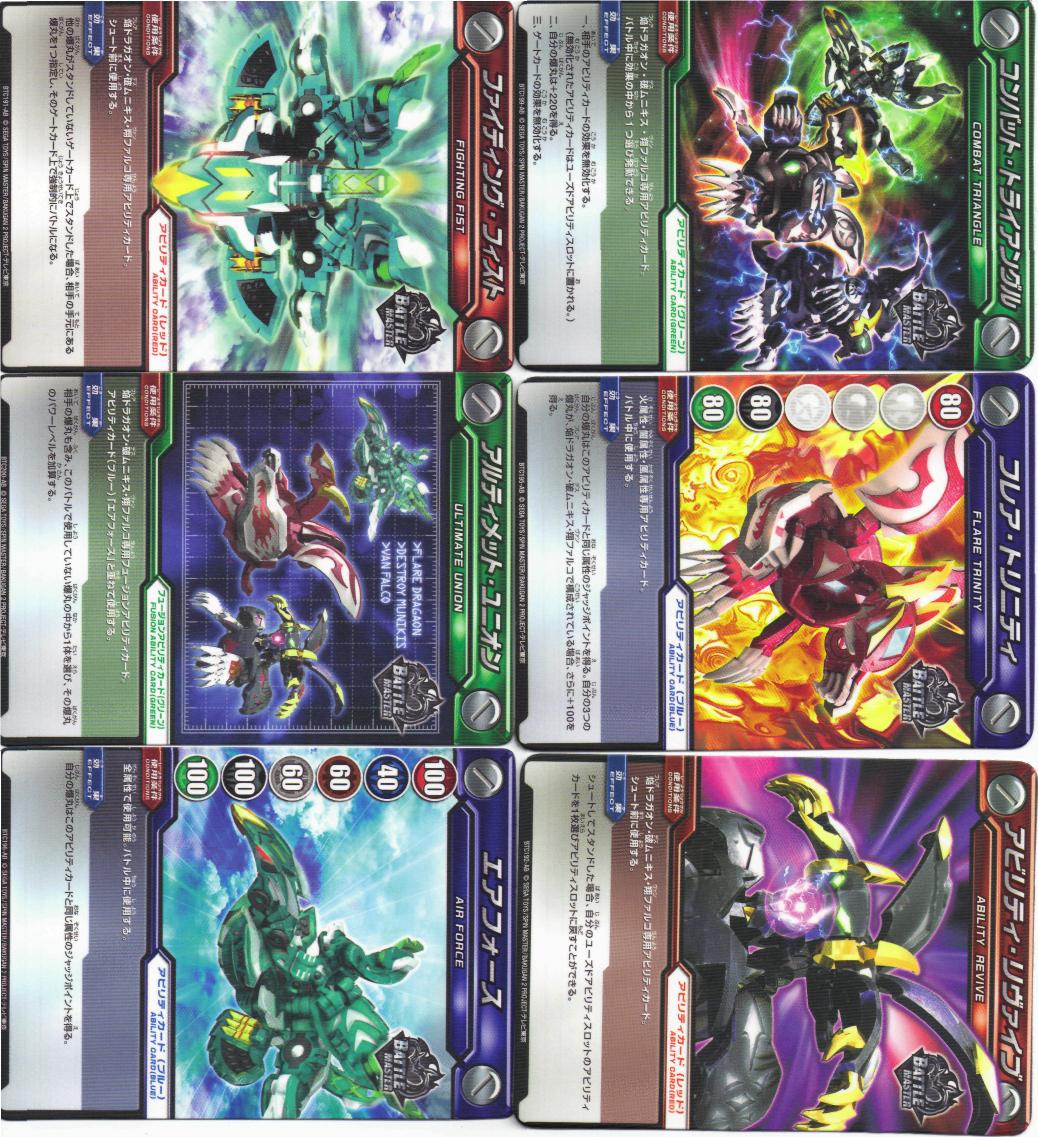 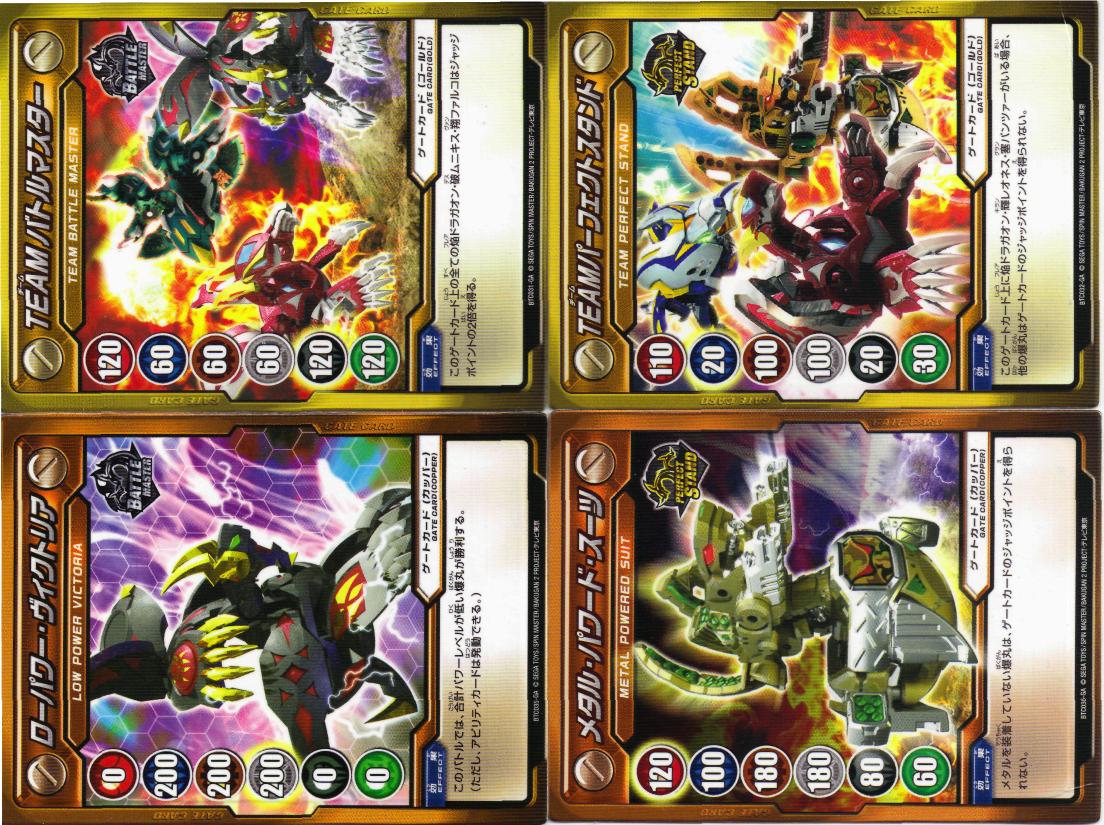 I would want to know if Mutant Helios arrives before or after Infinity Helios.

can someone pleeeease translate these cards for me? I want to play these bakugan so bad but i also would like to use their cards they are meant to be with :( Thanks so much!!! --User:Dragonsage16 September 09, 2016

Retrieved from "https://bakugan.fandom.com/wiki/Bakugan_Wiki_talk:Community_Portal?oldid=667453"
Community content is available under CC-BY-SA unless otherwise noted.