In this season, after the events of Battle Planet, they've changed their name to the Awesome Brawlers or AB for their hard work. As well as calling themselves the "Trouble Busters" in case there are those in need of certain troubles. They later gain a new member - the first Aurelus Brawler & former Phantom Thief: Ajit. 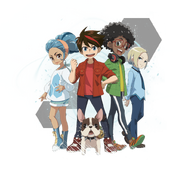 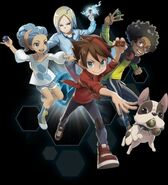 Retrieved from "https://bakugan.fandom.com/wiki/Awesome_Brawlers?oldid=758369"
Community content is available under CC-BY-SA unless otherwise noted.